What I’ve Been Writing

I was watching something on YouTube and came across some old songs. I still had the lyrics stuck in my head so I got to doing a little research. What were your favorite albums before 2010? I’m basically working with 2006-2010 here, so we remain on the same page. When I think of more, maybe I’ll do a sequel. For now, enjoy these:

Styl Plus was the best. I am still convinced that someday they’ll make a comeback but let’s keep waiting. In 2006, they blessed us with an album called ‘Expressions’ that had us stuck to our televisions and radio set memorizing song lyrics. We had ‘Olufunmi’, ‘Imagine That’, ‘Run Away’ and ‘Iya Basira’ 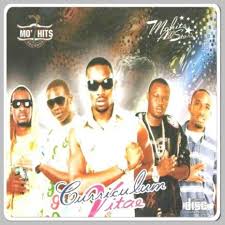 This is a compilation album of the then Mo’Hits guys featuring Don Jazzy, D’banj, Dr Sid, Wande Coal, Prince and Kayswitch. This album featured hit tracks like ‘Move your Body’, ‘Booty Call’, ‘Pere’, ‘Jasi’ and the classic ‘Why Me’ remix which used to be one of my favourites!

Game Over is the third studio album by P-Square and reportedly sold a million copies within six days of release. This album was and is still a favourite because it’s amazing and has those lovey dovey tracks. Some of the hit songs on this include ‘Do Me’ which featured Waje, ‘No one like you’, ‘Ifunanya’, ‘Roll it’ and a host of others.

2Face’s second solo album came with 13 tracks to its credit and was well received by Nigerians and the world in general. Singles like ‘True Love’, ‘If Love is A Crime’, ‘My Love’ warmed our hearts while the rest ‘See Me So’, ‘For Instance’, ‘No shaking’ and others were on the DJ’s playlist for quite a while

For Abolore Akande, ‘Gongo Aso’ was that song that showed everyone what he was made of and that he wasn’t even here to play. With hit tracks like ‘Street Credibility’ which featured 2face, ‘Party Rider’, ‘Wedding Day’, ‘Photocopy’ and ‘Gongo Aso’ itself, this album remained on the lips of Nigerians for quite a while.

I loved Timaya back then! Listening to him gave me life. His album, released in 2008 featured songs like ‘Plantain Boy’, ‘I don Blow’, ‘If to Say’, ‘Yankulu’ and the ‘Dem Mama’ track.

Her self-titled album was amazing, taking fans on an unexpected journey. Asa won people over with this album which is fused with lyrical depth and rhythmic beauty. With songs like ‘Jailer’, ‘So Beautiful’, ‘Eye Adaba’, ‘Fire on the Mountain’, ‘Awe’, ‘Bibanke’ and a lot of others, why won’t you have loved this music album?

Mushin to Mo’Hits is the only album Wande Coal has to his credit and he sure brought his A game when he made this one. This album featured hit songs like ‘Ten Ten’, ‘Bumper to Bumper’, ‘Ololufe’, ‘Se Ope’ (in short, every song on this album is a hit song)

The guys from P-Square were big news then and are actually still big news really. Their fourth studio album was another big one with hit tracks like ‘I Love You’, ‘Trowey’, ‘Possibility’ and the one which attracted the Igbo guys ‘E no Easy’. As usual, the guys did well giving their audience the club bangers, the bit of romance and all what not. On this album, there’s a track dedicated to the fans called ‘Super Fans’

Undareyted was the beginning of my love for Darey Art Alade. Undareyted was beautiful, amazing and the best album maybe that came out in 2009. It featured tracks like ‘Style na Style’, ‘Not the Girl’, ‘With this Woman’, ‘Carry de Go’ amidst others. Featured on this album include Naeto C, 9ice and 2Face

So which was your favorite or favorites?